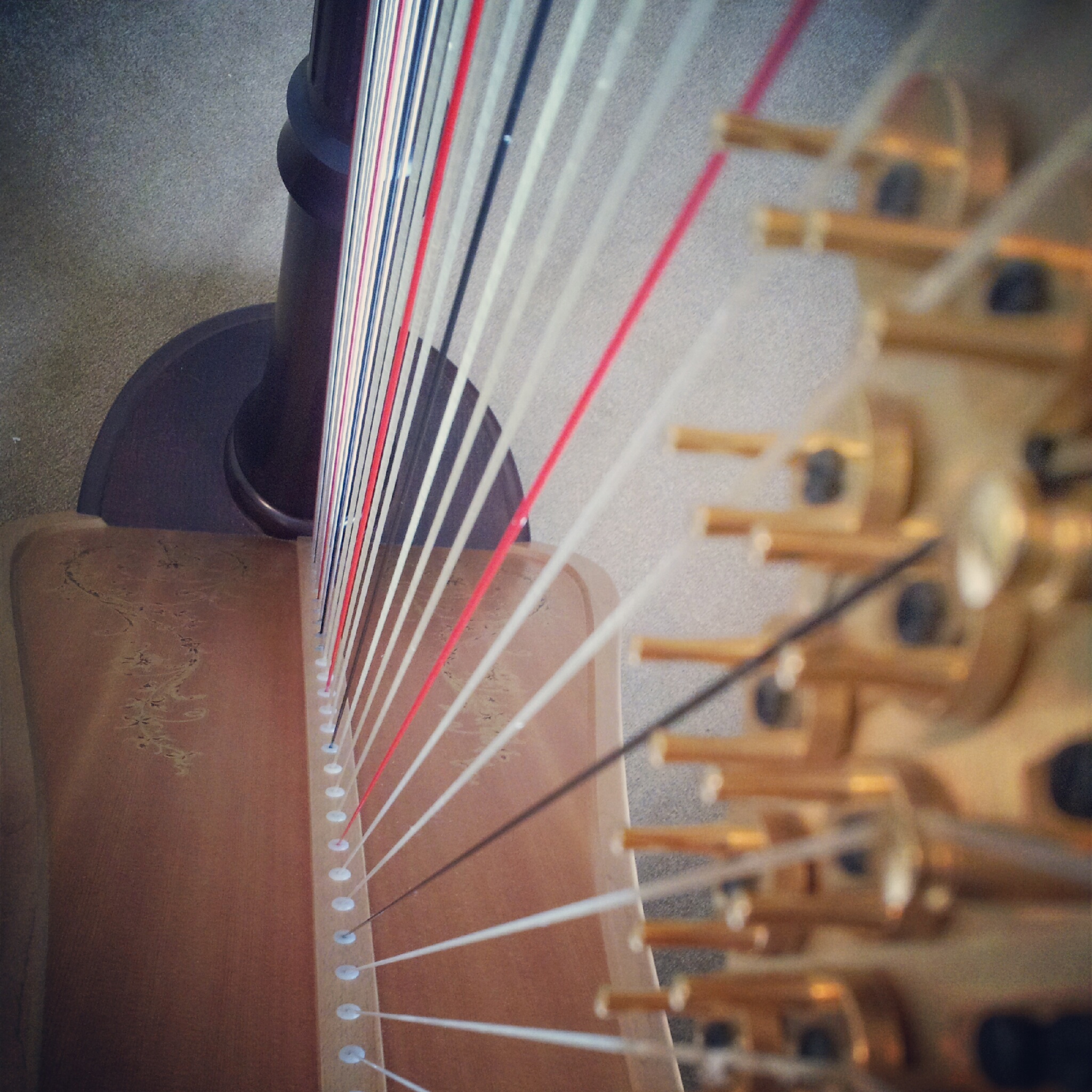 I sometimes wonder why is it that the harp is one of those ‘peripheral’ music al instruments? The instrument is often perceived with a sense of awe, perhaps because of its heavenly  associations, or simply its commanding presence. Many, however, hold the harp at a distance not due to awe, but in response to the host of limitations often associated with the instrument. These range from obvious transport and cost issues, to player stereotypes, to technical parameters of the instrument itself. At last countering this established distance, the harp is now – more than ever before – affirming itself as one of the most exciting and versatile musical instruments.

A particular limitation often attached to the instrument, and now increasingly challenged, is that of its repertoire possibilities. Many of the core canon of ‘classical’ composers neglected to write very much, if anything, for the harp. Since the development of the modern pedal harp in the early nineteenth century, music written for the harp has been in large part segregated from mainstream compositional currency, tending to be written by ‘specialist’ composers (often harpists themselves), and absent from the main concert halls. However, this is certainly changing; the expanding contemporary classical and crossover music scene is increasingly open to the harp, as composers cotton on to its huge sonic potential. Indeed, I might even dare to go so far as to suggest that the harp is possibly the instrument with the largest number and range of extended techniques. Beyond the classical sphere, the harp is making its presence known in popular (e.g. Florence and the Machine) and jazz (e.g. Park Stickney) music too. Even more fundamental than genre implications, the harp is an instrument that can just as easily stand alone as a solo instrument or as part of small and large ensembles.

With this in mind, it is hard to imagine why the harp has been kept to one side for so long!