New music and sounds are emerging continuously from all musical genres, and Anne is hugely interested in taking the harp into spheres beyond the classical world. So far, this has included working with popular artists, such as Tyler James and dubstep (electronic dance music) artist Gersha, and exploring cross-cultural collaboration as part of the Kuljit Bhamra Ensemble.

Ever since growing up listening to the folk music of Wales and Scotland, Anne has had a soft spot for ‘world’ music. Whilst at university she chose projects that allowed her to pursue this interest further, exploring musics from all around the world and the discipline of ethnomusicology. The Kuljit Bhamra Ensemble is her first large-scale cross-cultural collaboration; the ensemble, comprising tabla (Kuljit Bhamra MBE), Indian classical voice (Shahid), clarinet (Jordan Black), marimba and percussion (Joe Richards) and harp, compose and arrange music that explores bridges and boundaries between Indian and Western classical musics. 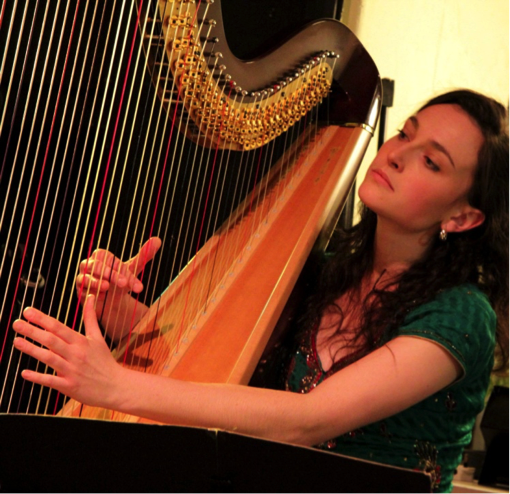