After six years and over sixty commissions, The Hermes Experiment celebrates its unique contribution to the new music scenes with the launch of their debut album HERE WE ARE. With their unique line-up of harp, clarinet, soprano and double bass, the sounds heard both live and recorded are like you’ve never heard before. The concert will feature works from their new album, released on Delphian Records, which includes some of the ensemble’s most-loved commissions from the past six years, travelling between different styles to showcase the possibilities of this distinctive line-up. 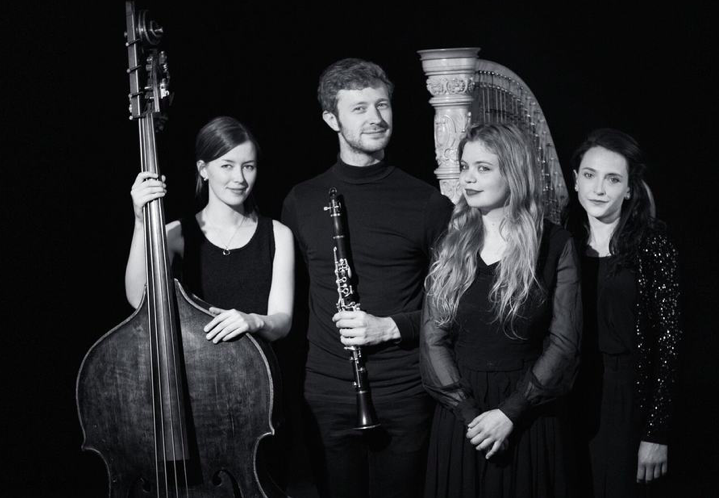