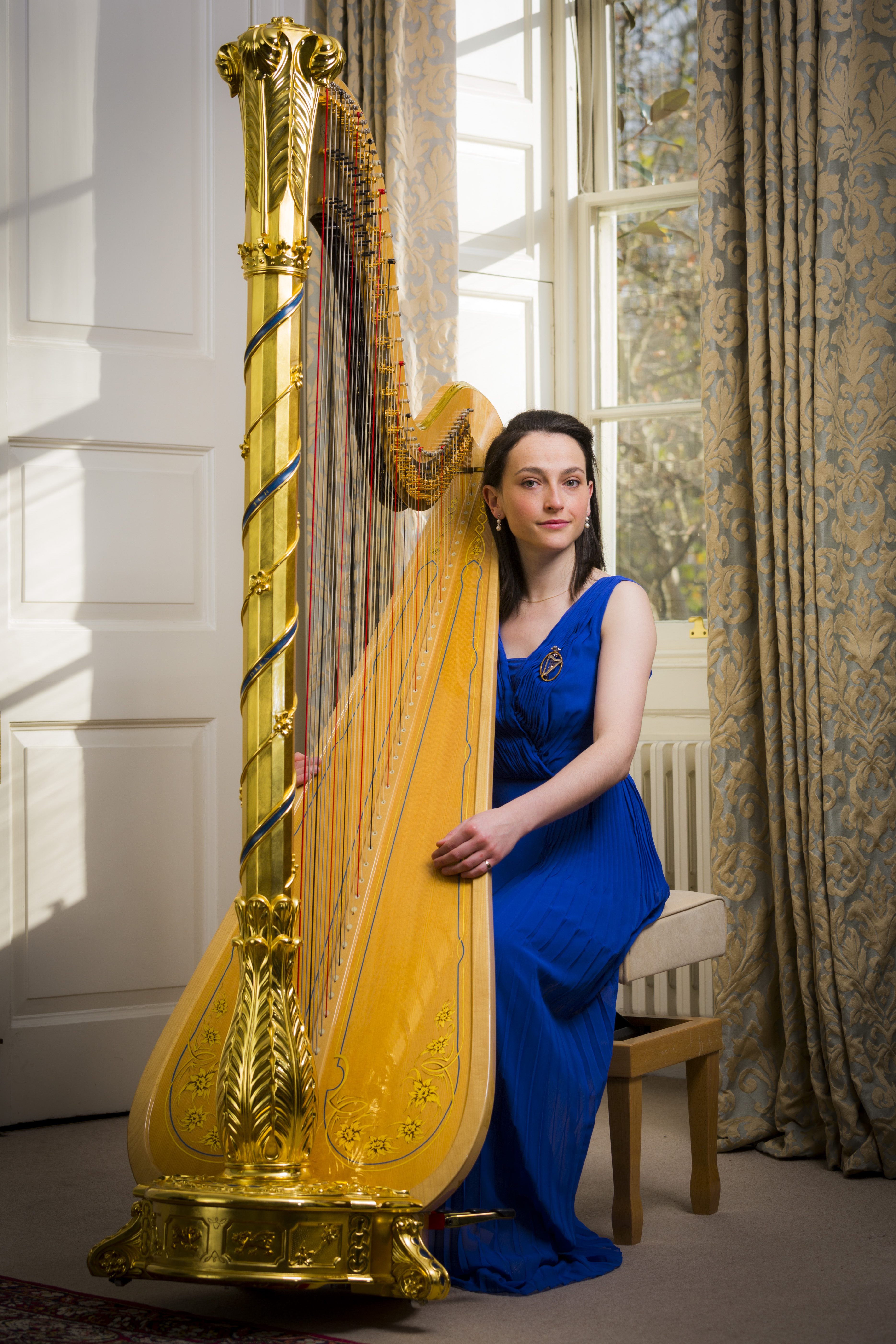 After four wonderful years, my time as Official Harpist to HRH The Prince of Wales has come to an end. I feel incredibly lucky to have been appointed to the role in 2015, especially at such a formative moment in my professional development. My time in the post started almost immediately after I graduated with my Master’s degree from the Royal Academy of Music, and since then it has led to many wonderful experiences.

I have endeavoured to fulfil the three main motivations behind the role of Royal Harpist: to promote the harp as an instrument, to promote Welsh culture, and to support a young artist near the beginning of their career. I am a passionate advocate for the versatility and power of the harp as an instrument and have enjoyed giving recitals and workshops attempting to expound its virtues to a broad range of audiences and composers. I have also been honoured to showcase this wonderful instrument as the national instrument of Wales at national and international events. I made a commitment to learning numerous new works for solo harp by Welsh composers and including them in my recitals, where they have always been very warmly received! I have also done my utmost to invest in my career and make the most of the opportunities afforded by the role. Finally, it has been a pleasure to utilise the platform of the role for charity work, including raising over £1,600 for the Prince’s Trust, and over £850 for Live Music Now.

I will always treasure the memories of the last four years and am extremely grateful to have had this opportunity! Congratulations to Alis Huws, the new incumbent – wishing you all the very best!

You are a credit to yourself and to Newnham College University of Cambridge. You already played beautifully as an undergraduate and supported us at formal occasions such as big College memorials, small events such as lunch time concerts and crazy fun events such as the Alumnae Ball – so many congratulations again and can’t wait to hear you play soon. Penny Hubbard

Thank you Penny! Hope to see you again before too long!