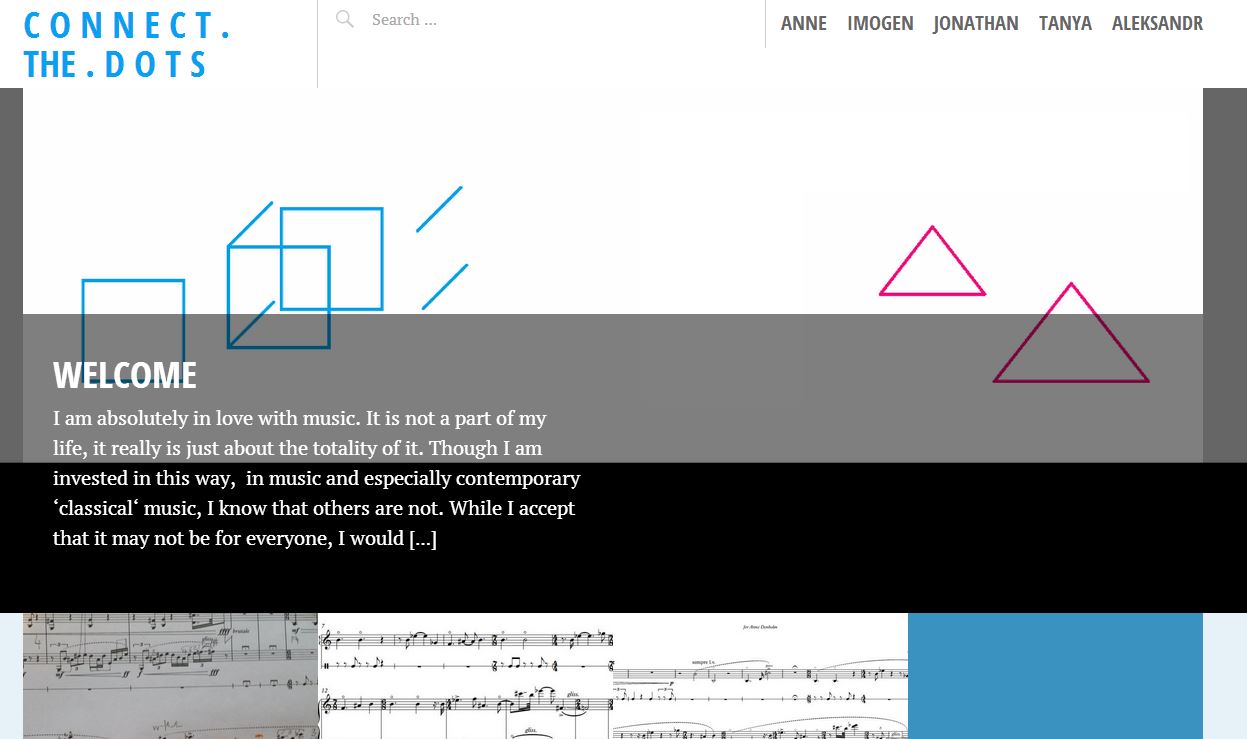 I’m really excited to be taking part in a composition project called Connect The Dots this September. It’s the brainchild of composer Alex Brusentsev (brusenta.com), whom I met for the first time when performing his orchestral work ‘Breathing Room’ with the Manson Ensemble at the Royal Academy. I had really enjoyed working on and performing his work – the character and shape of the music was obviously carefully constructed, and was highly effective. The next thing that happened was that I successfully enlisted Alex into the ever increasing ranks of composers writing for The Hermes Experiment (thehermesexperiment.com) – he will be writing a piece for our ‘Soundscapes’ concert on November 15th.

I was delighted when Alex approached me about being involved with his Connect The Dots project, which centres around four new works for solo instruments – harp, trumpet, horn and violin – and was right up my street in that it involved collaboration with the composer and quite extensive reflection on the composing, learning and performance process. The website and blog for the project showing reflections and images from Alex and all the performers can be found here:

The final concert will take place at the Royal Academy of Music, London on Tuesday 16th September 2014.